Podcast Episode #63 -- Kansas City Scouts HISTORY WITH Author Troy Treasure and A Review of the NE Whalers Upset Win Over the Soviet National Team in 1976.

Episode 63 of the Pro Hockey Alumni podcast features a look back at the Kansas City Scouts NHL franchise with author Troy Treasure and my review of the historic New England Whalers upset of the Soviet National team on December 27, 1976.
​
Troy Treasure’s book “Icing on the Plains” is the story of Kansas City’s attempt to integrate major league hockey into its sports marketplace — only to see it fall through thin ice.

Painstakingly researched, “Icing on the Plains” features great hockey stories and some of the most colorful people in the game. In this interview we recall the triumphs and tragedies of this often forgotten franchise that would go on to become the Colorado Rockies and, eventually, the New Jersey Devils.

In our two pervious episodes, you’ve heard some of the Scouts stories from Denis Herron and Robin Burns and in this episode we complete our KC Scouts trilogy with discussions about Scouts and NHL personalities such as Wilfred Paiement, Steve Durbano, Michel Plasse, Simon Nolet, Sid Abel, Dan Kelly, Peter McDuffe and many more.

Before talking with Troy, I’ll review the New England Whalers improbable WHA win over the touring Soviet National team in 1976 — a game that was easily the top game of the Whalers WHA years in Hartford.

(* edit note:  Gary MacGregor and the Cornwall Royals played in the QMJHL, not the OHA)

Order "Icing on the Plains" 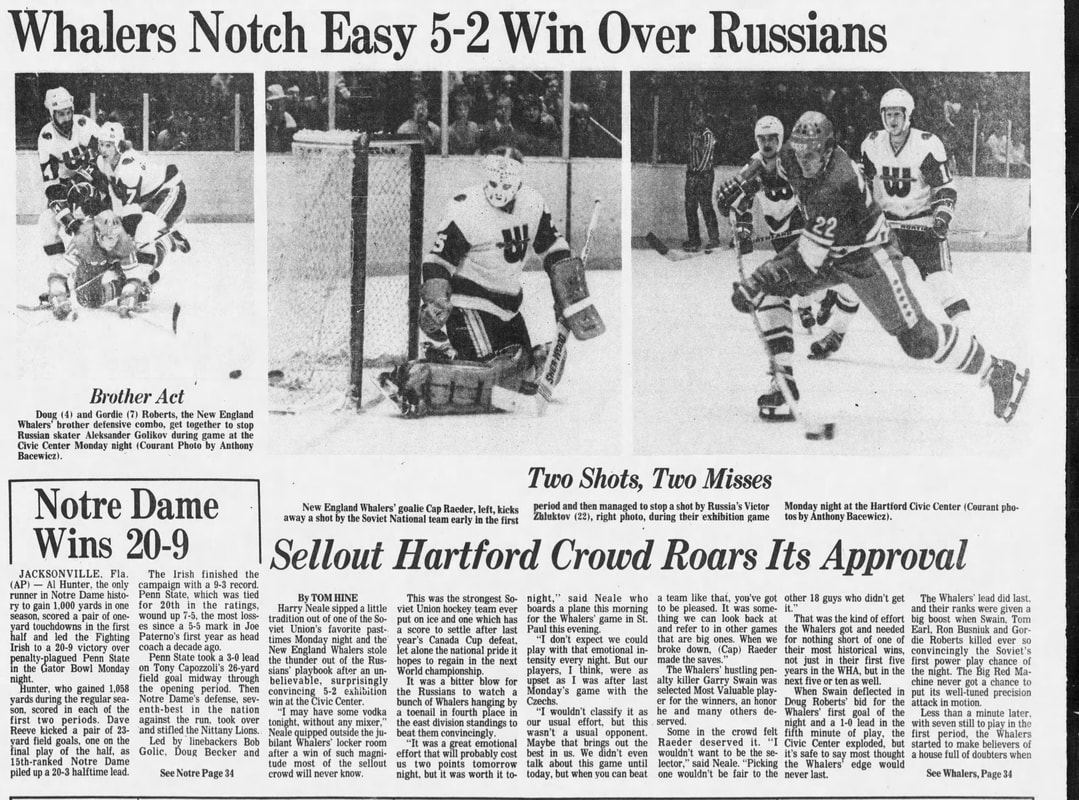